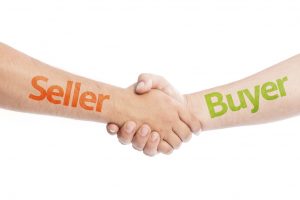 Currently, we are in a cutthroat sellers market. In our area, we are currently averaging a days on market of under a week. So what can be done to get that offer in and, more importantly, get accepted? If you look around there are a ton of suggestions: Know your must haves, your nice to haves, and what the difference is. Be prepared for a bidding war. Don't let your emotions get the best of you Get an agent to represent you. Use their expertise. Understand your Finances. Be … END_OF_DOCUMENT_TOKEN_TO_BE_REPLACED 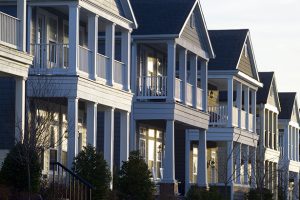 Last year started off with a bang. Unemployment was under 4%, forecasters were giddy with their projections for the economy, and the residential housing market had the strongest January and February activity in over a decade. Then came the announcement on March 11, 2020, from the World Health Organization declaring COVID-19 a worldwide pandemic. Two days later, the White House declared it a national emergency. Businesses and schools were forced to close, shelter-in-place mandates were … END_OF_DOCUMENT_TOKEN_TO_BE_REPLACED 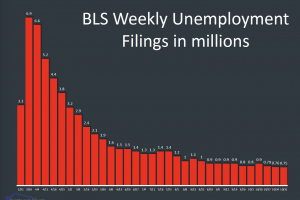 So what is going on? That’s what this series is about and let’s get right into it; as Joe Friday said, “Just the Facts Ma’am”. So, what is going on with unemployment? If we look at the numbers provided by the Bureau of Labor Statistics, we can graph their findings and have a much better idea of what has been going on. In March, around 7 million people were claiming unemployment nationwide. More recently, that number is down to 750,000.  To be honest, we have been hovering in that area … END_OF_DOCUMENT_TOKEN_TO_BE_REPLACED

Lots of questions today out there around the topic of a Price Bubble. The question really is - … END_OF_DOCUMENT_TOKEN_TO_BE_REPLACED

Currently, we are in a cutthroat sellers market. In our area, we are currently averaging a days on … END_OF_DOCUMENT_TOKEN_TO_BE_REPLACED