So what is going on? That’s what this series is about and let’s get right into it; as Joe Friday said, “Just the Facts Ma’am”.

So, what is going on with unemployment? If we look at the numbers provided by the Bureau of Labor Statistics, we can graph their findings and have a much better idea of what has been going on. 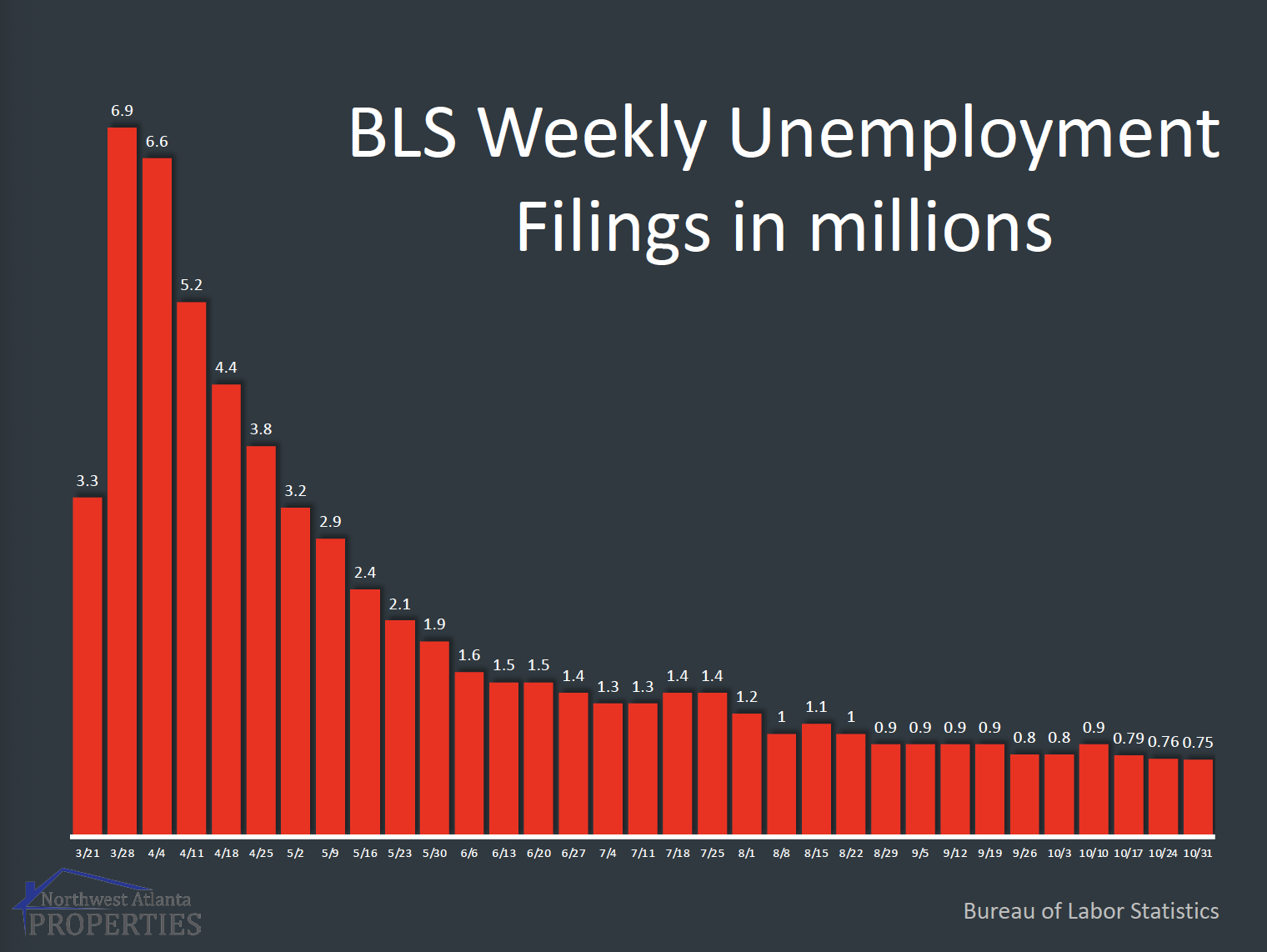 In March, around 7 million people were claiming unemployment nationwide. More recently, that number is down to 750,000.  To be honest, we have been hovering in that area for the last few weeks. More interesting though is that, although we are seeing around 800,000 filings for unemployment each week, wea re also seeing that many people getting their jobs back and coming off of unemployment.

It can be tempting, especially with how hot the housing market has been over the past two years, to … END_OF_DOCUMENT_TOKEN_TO_BE_REPLACED