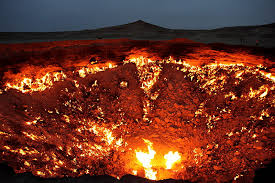 A group of San Francisco tenants really earned the right to complain about their landlords: The story of one couple’s efforts to evict their tenants between 2006 and 2008 so they could sell the units is “so outlandish and brazen that it sounds like the plot line of a horror movie,” says a prosecutor. Kip and Nicole Macy (dubbed the “Landlords from Hell”) cut parts of their building’s floor joists to “make it collapse,” says property manager Ricardo Cartagena.

In another attempt to get rid of a tenant, the two used a power saw to cut holes in his living room floor—while he was home, CNN reports. “He actually saw the saw coming up and trying to saw through,” says an assistant district attorney. The Macys also stole tenants’ belongings; poured ammonia on beds, clothes, and gadgets; cut victims’ telephone, power, gas, and water services; sent fraudulent and threatening emails (including one to a lawyer saying “each day a package will arrive with a piece” of his children); and had tenants’ windows boarded while they were living there, the Los Angeles Times reports. They’ve now pleaded guilty to burglary, attempted grand theft, and stalking after fleeing the country in 2009 and being taken into custody last year in Italy. As part of their plea deal they’ll be handed four-year, four-month prison sentences.

Unbelievable but true – no wonder tenants like working with us! 🙂

It can be tempting, especially with how hot the housing market has been over the past two years, to … END_OF_DOCUMENT_TOKEN_TO_BE_REPLACED